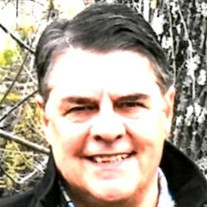 Dr. Alan G. Cole, age 69, of Johnstown, passed away unexpectedly on Wednesday, November 28, 2018. He was born on September 29, 1949 in Amsterdam, a son of Alan E. Cole and Beverlie Pitts Cole. Alan was a graduate of Johnstown High School and honorably served his country as Staff Sergeant in the U.S. Marine Corps from 1970-1977. He received his Bachelors Degree in Theology from Woodcrest College in 1981 and obtained his Masters Degree in Education from Dallas Theological Seminary in 1988. Dr. Cole received his Doctorate from Gordon-Conwell Theological Seminary in 2009. He was employed as a Lead Engineering Technician for Texas Instruments from 1977 to 1995. He was a Pastor for Churches in Texas, Arizona, Virginia and Michigan and also in Izhevsk, Russia. Alan was also an Adjunct Instructor at Capital Seminary and Graduate School. Dr. Cole was also employed as a Strategy Specialist for Booz Allen Hamilton. Alan later worked as an Independent Strategy Consultant for Brass Ring Strategy. He is survived by his wife Tena Wright Cole; his parents Alan E. Cole and Beverlie Pitts Cole, one son Matthew Cole, one daughter Amy Allen and her husband Jon and their children Killian Allen and Darcy Allen, one brother Paul Cole and his wife J.J.; two stepdaughters; numerous step grandchildren and several nieces, nephews and cousins. Alan is predeceased by his first wife Catherine Blakeslee Cole who passed on June 3, 2017. Funeral services will be conducted at 11:00 A.M. on Monday, December 3, 2018 at the A.G. Cole Funeral Home, Inc., 215 E. Main Street, Johnstown with Pastor Nate Petersen officiating. Visitation for family and friends will be on Sunday, December 2, 2018 from 5:00 P.M. to 8:00 P.M. at the funeral home. Interment will be in Evergreen Cemetery, Fonda immediately following the funeral service. Condolences to the family may be made online by visiting our website at www.agcolefuneralhome.com

Dr. Alan G. Cole, age 69, of Johnstown, passed away unexpectedly on Wednesday, November 28, 2018. He was born on September 29, 1949 in Amsterdam, a son of Alan E. Cole and Beverlie Pitts Cole. Alan was a graduate of Johnstown High School... View Obituary & Service Information

The family of Dr. Alan G. Cole created this Life Tributes page to make it easy to share your memories.

Send flowers to the Cole family.