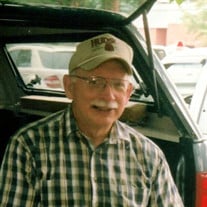 Allen Walrath, a long-time resident of the Town of Perth, succumbed to cancer on Tuesday, October 23, 2018 after battling the disease for more than a year. Mr. Walrath spent most of the first half of his life in Western Montgomery County. He was born on August 4, 1943, the son of Leo and Ruth Walrath and the youngest of three siblings. A 1961 graduate of St. Johnsville Central School, he went on to attend SUNY at Morrisville. He graduated from Mohawk Valley Community College, Class of 1965 and later attended Arizona State University. On May 26, 1976, he was wedded in marriage to Nancy Osborn of Palatine Bridge, who passed away in 2011. He was also predeceased by his parents, a brother, Philip and a sister, Marilyn Peterson, and is survived by a sister, Elaine Herzog, of Bethlehem, PA. He was employed by Life Savers Corporation in Canajoharie for more than ten years before becoming a franchised distributor of Pepperidge Farm Biscuits in 1982. He serviced retail accounts in several area counties before selling the business in 2004. On March 22, 2015, he married Ruth Effner, of Toms River, NJ, whom he had met two years previously while on a trip to the Pacific Northwest. The couple traveled extensively, booking more than a dozen trips through the Road Scholar organization over the next three years. Mr. Walrath was active in the antique car hobby, maintaining a small collection of cars, all products of the independent American automakers. He also kept a large collection of Automobile literature, ephemera and collectibles and a large collection of parts for those cars, the last of which were offered through eBay auctions. He was a member of several national clubs, the Antique Automobile Club of America, Hudson-Essex-Terraplane Club, and Studebaker Drivers’ Club among them. Memorial services will be conducted at 12:00 p.m. (Noon) on Friday, October 26, 2018 at the A.G. Cole Funeral Home, Inc., 215 E. Main Street, Johnstown with Rev. Bill Faulkner officiating. Memorial visitation for family and friends will be on Friday, October 26 prior to the service from 10:00 a.m. until 12:00 p.m. (Noon) at the funeral home. Interment will be in West St. Johnsville Cemetery immediately following the service. Contributions in Allen’s memory may be made to a charity of one’s choice. Condolences to the family may be made online by visiting our website at www.agcolefuneralhome.com

Allen Walrath, a long-time resident of the Town of Perth, succumbed to cancer on Tuesday, October 23, 2018 after battling the disease for more than a year. Mr. Walrath spent most of the first half of his life in Western Montgomery County. He... View Obituary & Service Information

The family of Allen Walrath created this Life Tributes page to make it easy to share your memories.

Allen Walrath, a long-time resident of the Town of Perth, succumbed...

Send flowers to the Walrath family.