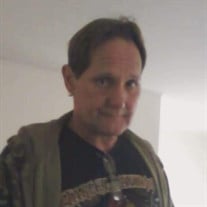 Arthur P. Edel, Jr., age 62, of Gloversville, passed away on Sunday, May 3, 2020. He was born on September 26, 1957 in Gloversville, the son of the late Arthur P. Edel, Sr. and Katherine Fonda Edel. Arthur attended Gloversville schools and worked as a self employed contractor for many years until his retirement. He is survived by his five children Erica Ambrosano of Ravena, Jeffrey Edel of Gainesville, Florida, Karissa VanHoesen of Gloversville, Amber Johnson of Johnstown and Destanee Edel of Gloversville, one half brother Francis Pitt of Newport, Tennessee; five grandchildren Evan Skonieczny, Sadie VanHoesen, Brittany McCarthy, Breanna Albright and Alexis Albright; several great grandchildren, nieces, nephews and cousins. In addition to his parents, Arthur was predeceased by one sister Karen Edel. In keeping with Arthur’s wishes, there will be no calling hours. Memorial services will be conducted at the convenience of his family. Cremation was at Vale Crematory, Schenectady. Contributions in Arthur’s memory may be made to American Lung Association, 418 Broadway, 1st Floor, Albany, New York 12207. Arrangements have been entrusted to the A.G. Cole Funeral Home, Inc., 215 E. Main Street, Johnstown. Condolences to the family may be made online by visiting our website at www.agcolefuneralhome.com

The family of Arthur P. Edel Jr. created this Life Tributes page to make it easy to share your memories.

Send flowers to the Edel family.