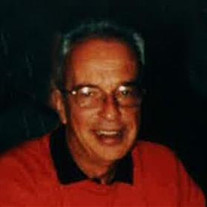 Edward Donnan, age 72 of Johnstown passed away on Wednesday, April 8, 2015 at the Mountain Valley Hospice House, Gloversville with his loving family by his side. He was born on December 11, 1942 in Johnstown, the son of the late Edwin S. and Ann D’Amore Donnan. Ed attended Simmons School of Embalming and Mortuary Science receiving his degree in 1968. As a licensed funeral director, he was the owner and operator of the Barter & Donnan Funeral Home. Mr. Donnan worked for 40 years in the business started by his father in 1944 at 25 N. Perry St. as Donnan Funeral Home. After his father's death in 1969, Ed continued operating the funeral home, and bought the Frederick W. Barter Funeral Home in 1975, when the two homes were merged into the present location. Mr. Donnan was of the Catholic faith, a communicant of the former Immaculate Conception Church and the current Holy Trinity Parish and was a member of the Knights of Columbus. He was a member of the Johnstown Moose, Johnstown Eagles and Johnstown Lions Club. Ed was also a member of the Fulton-Montgomery Funeral Directors Association, New York State Funeral Directors Association and the National Funeral Directors Association. Mr. Donnan enjoyed hunting, golfing and his trips with his friends to the Casino. He is survived by his beloved wife Dianne DuMont Donnan who he married on January 9, 1965; two loving sons Bradley Donnan of Nags Head, North Carolina and Edward Donnan and his partner Troy Fichialos of Gloversville and one sister Catherine Hayes of Caroga Lake. Mr. Donnan is also survived by six nieces and nephews who he was extremely proud of; Dr. Donald Hayes of Alabama, Dr. Steven Hayes and his wife Kristin of South Carolina, Dr. Michael Hayes and his wife Merri of Vestal, Mary Hayes, Esq. of Alabama, Dr. Beth Carlino-Hayes of Islip and David Hayes, Esq of Saranac Lake and three aunts Nancy Lookabaugh of Nevada, Sally Puglisi of Connecticut and Jean Puglisi of Boonville and several cousins. A Mass of Christian Burial will be celebrated at 10:00 A.M on Monday, April 13, 2015 at Holy Trinity Church, Glebe Street, Johnstown. Visitation for family and friends will be Sunday, April 12 from 4:00 P.M. to 8:00 P.M. at the Barter & Donnan Funeral Home, 1 N. Melcher Street, Johnstown. Private interment will be in Mount Carmel Cemetery, Johnstown. Contributions in Ed’s memory may be made to Mountain Valley Hospice, 108 Steele Avenue, Gloversville, New York 12078, Fisher Center for Alzheimer’s Research Foundation, 110 East 42nd Street, 16th Floor, New York, New York 10017 or to the charity of one’s choice. Condolences to the family may be made online by visiting our website at www.barterdonnan.com

Edward Donnan, age 72 of Johnstown passed away on Wednesday, April 8, 2015 at the Mountain Valley Hospice House, Gloversville with his loving family by his side. He was born on December 11, 1942 in Johnstown, the son of the late Edwin S. and... View Obituary & Service Information

The family of Edward Donnan created this Life Tributes page to make it easy to share your memories.

Edward Donnan, age 72 of Johnstown passed away on Wednesday,...

Send flowers to the Donnan family.