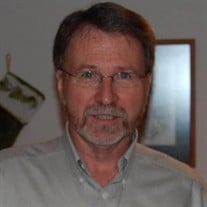 Not sure what to send?

Gene J. Centi Jr., age 70, of Caroga Lake, passed away on Saturday, January 15, 2022, at the Hospice Center at St. Peter’s Hospital, Albany, NY. Born on March 27, 1951, in Kearny, NJ, he was the son of the late Gene J. Sr. and Doreen (Hewitt) Centi. Gene was a self-employed carpet and upholstery businessman. He was an EMT for 16 years in New Jersey. Gene was a proud member of the NRA and a member of the Town of Caroga PLRT. He was also in charge of the lake management in Caroga. He is survived by his wife, Christine Centi who he married November 26, 2005; sons, Jeff Centi, Tim Shea, Luke Shea (Karla), Daniel Shea (TinaMarie); daughters, Barbara Reynolds (Jason), Jill Benson (Renee); brother, Glenn Centi; sister, Doreen Ryan (Patrick); grandchildren, Thomas S., Michael S., Kailey, Hope, Jeremy; great grandchildren, LeilaMarie, Greyson, and Camren; as well as several nieces, nephews, and cousins. In addition to his parents, Gene is predeceased by his daughter, Christine L. Centi who passed away on January 14, 2015. A celebration of life will be held on July 10, 2022, at the Caroga Lake Chapel. In lieu of flowers, memorial contributions in Gene’s memory may be made to the Semper Fi and America’s Fund. 715 Broadway Street Quantico, VA 22134 (http://semperfifund.org) Arrangements have been entrusted to the A.G. Cole Funeral Home, Inc., 215 E. Main Street, Johnstown NY. Condolences to the family may be made online by visiting our website at www.agcolefuneralhome.com

The family of Gene J. Centi Jr. created this Life Tributes page to make it easy to share your memories.

Send flowers to the Centi family.