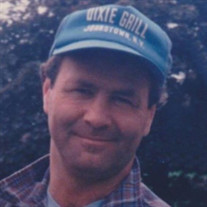 Gerald Christman, 68, life long resident of Johnstown, NY and well known and respected real estate broker, passed away the evening of Wednesday May 8, 2019 at Ellis Hospital in Schenectady, NY. Known affectionately as “Jerry” and “Critty,” Jerry was the son of the late Harold and Rose Kearns Christman. He was born in Johnstown on September 5th, 1950 and attended school in Johnstown where he excelled in football, flirting and played baseball prior to graduating in 1969. After graduation, he joined the Army National Guard. Upon the conclusion of his service, he began his career with UPS. During his twenty-two year tenure, Jerry established himself as a community leader with his organization of several annual charitable events and made it a priority to always give back to the Fulton-Montgomery communities throughout his lifetime. As a passionate advocate for children and education, he served on the Greater Johnstown School District Board of Education from 1999-2001, was very involved with the school and was a strong supporter of the Johnstown Public Library. Jerry had an infectious personality. He touched the lives of everyone that he met and took great pride in helping others. He was an exceedingly kind-hearted man. Jerry’s natural ability to connect with everyone he crossed paths with, led to his second career in real estate. In 2003, Jerry partnered with lifetime friend, Sandy Russo, establishing Sir William Johnson Realty. Not only was the business a great success, the office had a revolving door and was a hotbed for local legends; “Just stop by the office!” He wasn’t only generous and giving, if you asked those close to him (all 7 million), Jerry had all of the characteristics of what it meant to be a true friend. His world revolved around his friends and family, especially his “3 beautiful children.” Jerry loved reading, golfing, fly fishing and traveling with those he loved. He was an easy-going, fun guy and was truly loved by all. Survivors include his partner-in crime of 14 years, Patience Phillips, Three children; John L. Christman of Fort Edward, Mary M. Christman of Averill Park and Richard F. Christman of Albany; 2 grandchildren; Carson and Andrew Christman, several nieces, nephews, cousins and furry wingman, Winston. He was also predeceased by siblings; John, Larry and Margaret. Visitation for friends and family will be on Friday May 17, 2019 at Holy Trinity Church, 205 Glebe Street, Johnstown from 3:00 PM until 6:00 PM, followed by a reception at Patricia’s, 32 S. Perry Street, Johnstown. Photos, food and funny stories are encouraged. In lieu of flowers, contributions in his memory may be made to the Albany Ronald McDonald House. Arrangements have been entrusted to the A.G. Cole Funeral Home Inc., 215 E. Main Street, Johnstown. Condolences may be made to the Christman family at www.agcolefuneralhome.com

The family of Gerald Christman created this Life Tributes page to make it easy to share your memories.

Send flowers to the Christman family.