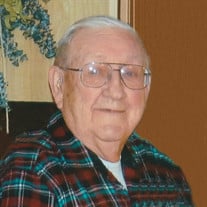 Irving T. Livingston, age 95, of Johnstown, passed away on Saturday, December 19, 2020 at Wells Nursing Home. He was born on May 23, 1925 in Stony Point, New York, the son of the late John P. Livingston and Naomi June Livingston. Irving was lovingly raised by his great aunt and uncle Margaret and Tom June. Irving was a Class of 1944 graduate from Tuxedo High School in Tuxedo Park. He honorably served his country in the U.S. Naval Reserves. Mr. Livingston graduated from Packard Commercial School in 1946. Irving was employed for many years as the Accountant and Treasurer of Tuxedo Park Association, Inc until his retirement in 1989. He was of the Methodist faith and was a member of the Sloatsburg United Methodist Church, where he served in many positions and as certified lay speaker for many years. Mr. Livingston was a member of the Sloatsburg Memorial Post #1643 of the American Legion and served a three year term as Commander and was the Post Chaplain for many years. Irving later moved to Fulton County and became a member of the North Main Street U.M.C. in Gloversville and assisted on the free lunch program. He enjoyed reading, solving jigsaw and crossword puzzles and cheering on his favorite baseball team, the New York Yankees. Mr. Livingston also loved attending family picnics, holiday and birthday parties. He is survived by his two daughters Nancy Marsh (John) of Johnstown and Maryann Braghirol (John “Flip”) of Moncks Corner, South Carolina, one brother Denzel Livingston (Grace) of Canastota; three grandchildren Sandra Marsh, John T. Marsh and Travis Braghirol; four great grandchildren Kayla Marsh, Paige Marsh, Nick Ferrara and Hayley Lycan, one great great grandchild Jayce Marsh, one nephew and three nieces. Mr. Livingston was predeceased by his wife Dolores James Livingston who he married on June 5, 1949 and who passed on April 9, 2002. Funeral services will be conducted at 1:00 p.m. on Wednesday, December 23, 2020 at the A.G. Cole Funeral Home, Inc., 215 E. Main Street, Johnstown with Rev. Joyce Royal officiating. Visitation for family and friends will be prior to the service on Wednesday, December 23 from 12:00 p.m. (Noon) to 1:00 p.m. at the funeral home. Interment will be in Fern Dale Cemetery, Johnstown. Contributions in Irving’s memory may be made to the Sloatsburg United Methodist Church, 93 Orange Turnpike, Sloatsburg, New York 10974 or to the North Main Street United Methodist Church, 316 N. Main Street, Gloversville, New York 12078. Condolences to the family may be made online by visiting our website at www.agcolefuneralhome.com

Irving T. Livingston, age 95, of Johnstown, passed away on Saturday, December 19, 2020 at Wells Nursing Home. He was born on May 23, 1925 in Stony Point, New York, the son of the late John P. Livingston and Naomi June Livingston. Irving was... View Obituary & Service Information

The family of Irving T. Livingston created this Life Tributes page to make it easy to share your memories.

Irving T. Livingston, age 95, of Johnstown, passed away on Saturday,...

Send flowers to the Livingston family.