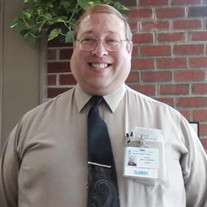 On Jan. 26, 2022, Martin P. Smith, age 54, of Stratford, NY, went home to Heaven to be with the Lord after he tested positive for Covid and had severe respiratory symptoms. He was born October 8, 1967, in St. Mary's Hospital in Amsterdam, NY. He was the son of Victoria J. Smith (Leach), and the late Dr. Howard H. Smith of Powder Springs, GA. He attended and graduated from Greater Glens Falls Baptist Academy in Hudson Falls, NY where he received a pastor's award, patience award, and 1986 valedictorian. In May 1993 he received a Bachelor of Religious Education Degree at Massillon Baptist College in Massillon, OH, where he met his wife. He was married August 22, 1992, at Alliance Baptist Temple in Alliance, OH. He and his wife lived 10 years in the state of OH, and one year in CO, but lived in NY for most of his life. He was ordained in September 1995 at Massillon Baptist Temple, Massillon, OH by the late Dr. Bruce D. Cummons. He was an Assistant Pastor and Pastor of several independent Baptist churches in the state of OH, then moved back to NY, was an interim pastor at Believers Bible Church in Dolgeville, NY for a year, then started, and pastored Lighthouse Baptist Church in Stratford for 18 years. He recently began pastoring and was in the process of moving to Temple Baptist Church in Norwich, NY. He was the Chaplain at the Folts-Brook Center Nursing Home in Herkimer over the past several years and the Fire House Chaplain at the Volunteer Fire Department in Stratford. He was full of life, love, laughter, and adventure. There was never a dull moment. He loved the Lord and enjoyed preaching, soul winning (talking to folks about the Lord Jesus Christ and how to be saved), hunting, fishing, trapping, being with family, going on adventures, traveling, and fellowshipping with other Christians, joking around with family and friends. He had several back surgeries and was suffering in pain, but no one could ever tell. He is survived by his mother Victoria J. Smith (Leach); his wife of 29 years, Mary S. Smith (Williams); two children, Mark A. Smith, Marissa S. Smith; siblings, Debra J. Smith of Virginia, Howard H. Smith Jr. of Georgia, Veronica S. Griffin of Tennessee. In addition to his father, Dr. Howard H. Smith Sr., Martin is predeceased by his brother, Christopher J. Smith. A Funeral Service will be held on Tuesday, February 8, 2022, at 1:00 PM at the A.G. Cole Funeral Home, Inc., 215 E. Main Street, Johnstown, with Pastor Goodell officiating. Visitation for family and friends will be held prior to the service at the funeral home from 11:00 AM until 1:00 PM. Interment will follow at Ferndale Cemetery, Johnstown. Condolences to the family may be made online by visiting our website at www.agcolefuneralhome.com

On Jan. 26, 2022, Martin P. Smith, age 54, of Stratford, NY, went home to Heaven to be with the Lord after he tested positive for Covid and had severe respiratory symptoms. He was born October 8, 1967, in St. Mary's Hospital in Amsterdam,... View Obituary & Service Information

The family of Martin P. Smith created this Life Tributes page to make it easy to share your memories.

Send flowers to the Smith family.