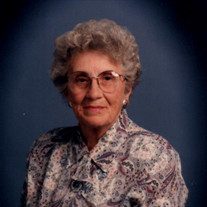 On Tuesday, October 8, 2019, Mary Margaret Tontarski Monnat entered into eternal rest at the age of 94. Mary was born June 6, 1925 in Watertown, NY to Stephen Tontarski, and Agnes Howe Tontarski May. A graduate of Copenhagen High in 1942. She was united in marriage to William O. Monnat on June 22, 1947. Together they raised 5 children: Christine Petersen (David), Kathryn Smith, Stephen Monnat (Penny), William Monnat (Amy), Michelle Thomas (CB). Mary had a passion for golf and bowling. For many years she golfed in the Ladies League at Amsterdam MUNY. At the age of 70 she hit a “hole in one”. Her love of bowling lasted a lifetime. She was still bowling with the Early Risers Bowling League at 89. She was a proud member of the 600 club. Mary was an avid supporter of Duke University basketball. Mary was a strong and independent woman, who thought nothing of building her own porch steps in her 80’s. She moved to Willing Helper’s Home in 2010. She spent her final years at The Wells House. Mary loved her family and was so proud of the accomplishments of her 13 grandchildren and 11 great grandchildren. Mary’s face lit up, each time a new great grandchild was put in her lap. She leaves behind her grandchildren, TJ Petersen (Peyton), Jennifer Jette (Kevin), Jeffrey Petersen (McKenzie), Darci Monet Smith, Jodianne Smith, Amanda Donohue (Liam), Travis Smith (Laura), William Monnat, Lindsey Kisucky (Joe), Jane Gugliemo (Steve), Tyler Monnat (Stacey), Maggie Monnat, Claire Monnat. Her beloved great grandchildren; Carter, and Amelia Petersen, Grayson, Collins, and Rylan Jette, Harper, and Charli Petersen, Benjamin Smith, Owen Gugliemo, Ruby Donohue, Cooper and Cole Kisucky and one brother Frederick Tontarski of Watertown. Mary was predeceased by her husband, William in 1983, and her infant daughter Mary Lorraine 1953. Services will be held on Wednesday, October 16 with visitation at 1:00 p.m. followed by a service at 2:00 p.m. at the Barter & Donnan Funeral Home, 1 N. Melcher Street, Johnstown with Rev. Dr. R.W. Williams officiating. Burial will follow at St. Anthony’s Cemetery in Johnstown. Donations can be made to the Alzheimer’s Foundation of America which provides resources to dementia caregivers and professionals or a charity of your choosing. Condolences to the family may be made online by visiting our website at www.barterdonnan.com

On Tuesday, October 8, 2019, Mary Margaret Tontarski Monnat entered into eternal rest at the age of 94. Mary was born June 6, 1925 in Watertown, NY to Stephen Tontarski, and Agnes Howe Tontarski May. A graduate of Copenhagen High in 1942. She... View Obituary & Service Information

The family of Mary Margaret Monnat created this Life Tributes page to make it easy to share your memories.

Send flowers to the Monnat family.