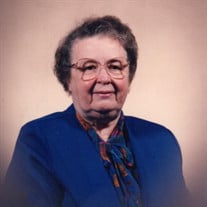 Mary Louise “MaryLou” Rubino, age 84, passed away early Sunday morning on May 12, 2019 in her beloved home in Johnstown, New York. MaryLou was born on August 8, 1934 in Holyoke, Massachusetts and was raised in South Hadley Falls, Massachusetts. She is the youngest daughter of the late Edward and Kathryn (McCabe) Griffin. In addition to her parents, Marylou was predeceased by her husband David R. Rubino, Jr., brother Norbert Griffin, sister Margaret Dunlop, brother-in-law Leslie Dunlop and nephew Gregory Dunlop. MaryLou is survived by her son David R. Rubino, III and his wife Lourdes of Frederick, Maryland; daughters Kathryn Gorgos and her husband Timothy of Herndon, Virginia and Ann Rubino of Johnstown; cousin Ethel Donahue of Holyoke, Massachusetts; sister-in-law Berta Stroshine and her husband Dean of Wilbraham, Massachusetts; grandchildren Cassondra Gorgos, Adam Gorgos, David R. Rubino, IV, Isabella Rubino, Jefferson LaMountain, II and Mary LaMountain; several nieces and nephews; and trusted friend Sandra Sanders. In 1956 MaryLou received her Bachelor’s Degree from the College of Our Lady of the Elms in Chicopee, Massachusetts, and in 1987 she earned her Master’s Degree from the College of Saint Rose in Albany, New York. MaryLou was a Special Education Teacher for many years with HFM BOCES until retirement in 1996, and previously she taught kindergarten through second grade in Massachusetts. One of MaryLou’s greatest pleasures was teaching others how to read, and she herself enjoyed reading, traveling, cooking, and baking. MaryLou was a longtime and devout parishioner of the former St. Patrick’s Church and current Holy Trinity Church in Johnstown, New York, and she will always be remembered as a loving and patient daughter, sister, wife, mother, grandmother, friend, teacher, and valued member of our community. A Mass of Christian Burial will be celebrated at 1:00 P.M on Saturday, May 18, 2019 at Holy Trinity Church, Glebe Street, Johnstown, New York. Visitation for family and friends will be held there prior to the Mass from 12:00 P.M. (Noon) to 1:00 P.M. Interment will be in St. Patrick’s Cemetery, Johnstown, New York immediately after the Mass, and a reception will be held following at the Microtel Inn & Suites, 136 N. Comrie Avenue, Johnstown. Contributions in MaryLou’s memory may be made to the American Diabetes Association, Pine West Plaza Building 2, Suite 204, Washington Avenue Extension, Albany, New York 12205. Arrangements have been entrusted to the Barter & Donnan Funeral Home, 1 North Melcher Street, Johnstown, New York. Condolences to the family may be made online by visiting our website at www.barterdonnan.com

Mary Louise &#8220;MaryLou&#8221; Rubino, age 84, passed away early Sunday morning on May 12, 2019 in her beloved home in Johnstown, New York. MaryLou was born on August 8, 1934 in Holyoke, Massachusetts and was raised in South Hadley Falls,... View Obituary & Service Information

The family of Mary Louise Rubino created this Life Tributes page to make it easy to share your memories.

Send flowers to the Rubino family.