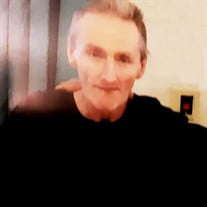 Richard C. “Jump” Monroe, age 64, of Johnstown, passed away on Sunday, June 28, 2020 at St. Mary’s Hospital, Amsterdam. He was born in Gloversville on September 17, 1955, a son of the late Clarence Monroe and Edith Cook Monroe. Richard was a graduate of Broadalbin Central School. In his younger years, he was a member of 4H and was an avid bowler. He is survived by one son Richard C. Monroe, Jr. of Ballston Lake; three sisters Patricia Denman (Bill), Lori Hart (Steven) and Julie Barnholt (Rick), all of Johnstown, one brother Jody Monroe of Mayfield; two grandchildren Coreena Marie Monroe and Troy Monroe; several nieces, nephews and cousins. In addition to his parents, Richard was predeceased by one brother Kenneth Monroe, one sister Linda Monroe Bramer Leach and one half-brother Jim Monroe. In keeping with Richard’s request, there will be no calling hours. Cremation was at Vale Crematory, Schenectady. Contributions in Richard’s memory may be made to the Wells Nursing Home Activities Dept., 201 W. Madison Avenue, Johnstown, New York 12095. Arrangements have been entrusted to the A.G. Cole Funeral Home, Inc., 215 E. Main Street, Johnstown. Condolences to the family may be made online by visiting our website at www.agcolefuneralhome.com

The family of Richard C. “Jump” Monroe created this Life Tributes page to make it easy to share your memories.