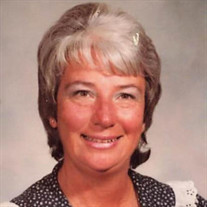 Shirley Elaine Sweeney, age 89, of Johnstown, passed away on Thursday, September 9, 2021, at River Ridge Living Center, Amsterdam. Born on February 29, 1932, in Miami FL, she was the daughter of the late Leo and Marie (Snell) Rattee. Shirley graduated from Fulton Montgomery Community College. She started out her career in 1963, serving as the guidance office secretary at Knox Junior High School. On September 1, 1967, she joined the staff at the Glebe Street School where she remained a secretary for 26years until her retirement. Shirley is a past president of the district’s Civil Service Employees Association unit and was an active member of the Johnstown Business and Professional Women’s Club where she was recognized as Woman of the Year from 1987-1988. She was also a licensed real estate agent in Fulton County and was appointed to serve on the Gloversville-Johnstown Joint Sewer Board. In 1983-1984 she served as the chairman of the status of women committee. Shirley was an avid piano and organ player, she also is a sportswoman, active in golf and cross-country skiing. She also enjoyed making furnishings for dollhouses. She married the love of her life, Richard Sweeney Jr. on June 4, 1952, until his passing on March 2, 2021. Shirley is survived by her children, Richard (Vickie) Sweeney and Scott (Valerie) Sweeney; three grandsons, Richard T. Sweeney, Matthew Sweeney, Christopher Sweeney; great granddaughter, Lilah; as well as several nieces, nephews, and cousins. Visitation for family and friends will be held on Tuesday, September 14, 2021, at 5:00 PM until 7:00 PM at the A.G. Cole Funeral Home, 215 E. Main Street, Johnstown. A Graveside Service will be held at 11:00AM on Wednesday, September 15, 2021, at Saint Patrick’s Cemetery, Johnstown. In lieu of flowers, Memorial Donations in Shirley’s memory can be made to the Foothills United Methodist Church, 17 Fremont St, Gloversville, NY 12078. Condolences to the family may be made online by visiting the family’s page at www.agcolefuneralhome.com

Shirley Elaine Sweeney, age 89, of Johnstown, passed away on Thursday, September 9, 2021, at River Ridge Living Center, Amsterdam. Born on February 29, 1932, in Miami FL, she was the daughter of the late Leo and Marie (Snell) Rattee. Shirley... View Obituary & Service Information

The family of Shirley E. Sweeney created this Life Tributes page to make it easy to share your memories.

Shirley Elaine Sweeney, age 89, of Johnstown, passed away on...

Send flowers to the Sweeney family.