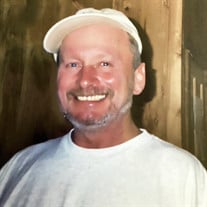 Stephen A. Melita, age 70, of Johnstown passed away on Saturday, February 12, 2022, at St. Mary’s Hospital, Amsterdam, NY. Born on August 11, 1951, in Bellmawr, NJ, he was the son to the late Joseph and Dorothy (Pfeifer) Melita. Steve was employed as a technician for Sears & Roebuck in Johnstown for 38 years until his retirement. In his spare time, he enjoyed fishing, tinkering in his garden, his grandchildren, and spending time with family. Stephen was very proud of his children and grandchildren. Suzanne (Swears) Melita his loving wife, were married on January 4, 1975, who survives. Steve is also survived by his children, Stephen M. Melita (Heather), Brett Melita (Jessica Insognia), Karrie Melita- Quay (Stephen Quay); brother, Joseph Melita (Deborah); sisters, Linda Fareri, Leslie Melita; grandchildren, Bennett, Brennan, Braelin; brother-in-law, Michael; as well as several nieces, nephews, and cousins. In addition to his parents, Steve is predeceased by his sister, Lauren Krieger. A Visitation will be held on Friday, February 18, 2022, from 3:00 PM until 5:00 PM at the A.G. Cole Funeral Home, Inc., 215 E. Main Street, Johnstown. In lieu of flowers, memorial contributions in Stephen’s memory may be made to a charity of one’s choice. Arrangements have been entrusted to the A.G. Cole Funeral Home, Inc., 215 E. Main Street, Johnstown NY. Condolences to the family may be made online by visiting our website at www.agcolefuneralhome.com

The family of Stephen A. Melita created this Life Tributes page to make it easy to share your memories.

Stephen A. Melita, age 70, of Johnstown passed away on Saturday,...

Send flowers to the Melita family.