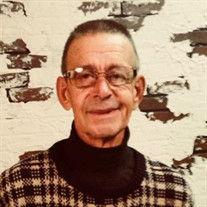 William “Bill” Van Namee, age 72, a resident of Johnstown, passed away peacefully on Wednesday, October 24, 2018, at the Mountain Valley Hospice House, Gloversville. He was born at Nathan Littauer Hospital on June 18, 1946, the son of Francis and Hazel Van Namee. Bill was a 49 year member of the Loyal Order of Moose Lodge #1185 Johnstown where he served. He enrolled in Johnstown Moose #1185 on December 18, 1969. He became a Legion member on September 10, 1972. Mr. Van Namee earned his Fellowship Degree on September 7, 1980 and was awarded Honorary Governor. He became Post Governor on May 26, 1988 and a member of the 25 Club on October 3, 1987. Bill served in various offices and appointments to include Trustee and Inner Guard from 2001 to 2004 and 2008. He worked for Spray Nine Corporation from 1983 to 2008. He currently was employed by Lowes in Amsterdam from 2006 to the present. In his time at Lowes, Bill received the award of excellence for dedicated service and outstanding accomplishments. He is survived by his sister Karen Bolivar and brother-in-law Lawrence Bolivar, his niece Michelle Sears and her children Colby and Haley Sears, nephew Mark Bolivar and niece Regina Bolivar, all of Rochester. The family will receive relatives and friends from 4:00 p.m. to 7:00 p.m. on Friday, October 26, 2018 at the A.G. Cole Funeral Home, Inc., 215 E. Main Street, Johnstown. A Mass of Christian Burial will be celebrated at 12:00 p.m. (Noon) on Saturday, October 27, 2018 at Holy Trinity Church, Glebe Street, Johnstown, New York. Interment will be in the Lowville Rural Cemetery at 1:00 p.m. on Sunday, October 28, 2018. Condolences to the family may be made online by visiting our website at www.agcolefuneralhome.com

William &#8220;Bill&#8221; Van Namee, age 72, a resident of Johnstown, passed away peacefully on Wednesday, October 24, 2018, at the Mountain Valley Hospice House, Gloversville. He was born at Nathan Littauer Hospital on June 18, 1946, the... View Obituary & Service Information

The family of William Van Namee created this Life Tributes page to make it easy to share your memories.